Batman v Superman, the heavily marketed and hugely anticipated blockbuster from Warner Brothers, hit U.S. theaters on March 24th, to mixed reviews. The film, alleged to have a production budget of $250 million dollars, was directed by Zack Snyder(300, Watchmen, Man of Steel), and executive produced by Christopher Nolan, the director of the Dark Knight trilogy. 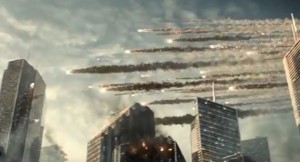 Batman v Superman, begins where Man of Steel left off, in more ways than one. The story begins with and revolves around, the extensive destruction and aftermath resulting from the battle between Superman and General Zod in Man of Steel, but with particular focus on the final building-toppling battle that took place in Metropolis. It just so happened that Bruce Wayne was in Metropolis during that epic no holds barred fight, and witnessed the widespread damage and loss of life that it caused. Apparently, the shock of the realization that there was such a powerful being in existence, was just too much for the off-kilter, billionaire vigilante's mind to process and accept. 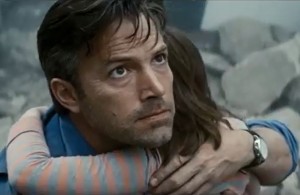 Thus, began the obsession of Batman with plotting and setting into motion the downfall of Superman.

As would be expected of a film with a $250 million production budget, the production value is well represented; crisp cinematography (albeit darkly lit and gray toned), excellent set design, sound effects, and impressive special effects. Clearly no corners were cut on this project(aside from the plotline), which Warner Brothers was hoping would inspire a $1 Billion dollar windfall at the box office globally, once the dust settled.

Nevertheless, after an impressive opening weekend domestically and internationally, the momentum has slowed in many overseas markets, and particularly in China - where U.S. production companies have looked to in recent years, to pad their profits by tapping into a growing Chinese box office market fueled by the growing middle class of their 1.3 billion population. (China has the second largest box office in the world, expected to be the first before not too long).

While the abrupt drop off of interest in Warner Brothers epic comic book film was surely a disappointment, particularly in light of the great success that Disney-backed Marvel's comic book films have enjoyed in Asia and China specifically, we could not help but wonder if the heavy handed "White Savior" messaging had something to do with the loss of interest. Maybe back during the Asian cinema of the 80's when fans were fascinated and obsessed with anything and everything Hollywood - and White, Batman v Superman would've been a smash. 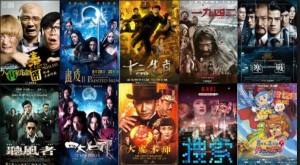 But Hong Kong cinema has changed the game there, and refocused the definition of who is a star and what content draws Chinese people to the theaters. Donnie Yen, Stephen Chow, Huang Xiao Ming, Jackie Chan, Zhang Ziyi, and Fan Bingbing(the #1 Chinese actress) to name a few. -Batman v Superman had but one notable Asian character(Tao Okamoto), an assistant to Lex Luthor, whom he blew up without a second thought. -Think that little gem went unnoticed by Chinese moviegoers? Not hardly.

One the biggest criticisms that we at Imajen have with Hollywood, the same issue that was addressed front and center at this year's Academy Awards, is the lack of diversity in the stories that they tell, and images that they present. This  is a position not only held by Black people, and particularly American Blacks, but also by other people of color around the world. -The inherent problem in Hollywood, is that virtually all of the decision makers, along with the vast majority of content controllers; writers, producers, and directors, are white. This is not a condemnation, just a fact.

Another fact, is that if you are a white person in Hollywood tasked with creating stories and images that you believe America wants to see, you will more often than not envision those stories centered on someone that looks like yourself. 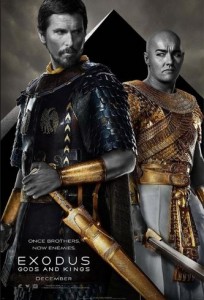 This is all fine and good, for all of white America, who gets to see themselves in all facets of life and its imaginings; coming of age, swashbuckling adventures, treasure hunts, global espionage, righting injustices, space travel, alien encounters, and virtually anything and everything else that puts them as the epicenter of relevance. But...what about everyone else? How do the images and messaging translate across borders and culture? What are the Hollywood stories saying to everyone else? With "else" being the other 90% of the planet's occupants, which are people of color. 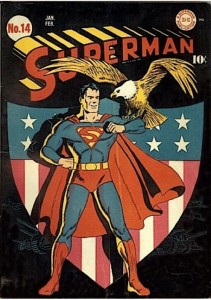 Viewed in limited context, comic books are a part of American culture, and have been since the 1930's(the Golden Age of comics began in 1938 with the first appearance of Superman). As such, pretty much any American 78 years old or younger has grown up with varying exposure to comic books and their characters/heroes. Expand the context, and a considerate person might note that said characters and heroes were also subject to the same basic creator biases(national and cultural prejudices and preconceptions) that we see in present day Hollywood. Expanded a little further, and one might question if characters, created in an culture burdened by prejudice, are then translated to the screen within an industry suffering from blindness to diversity, by creators subconsciously envisioning themselves as the center of every story conceived, are capable of recognizing the inherent bias awaiting to taint their projects.

That question is rhetorical, of course.

Superman, since his conception 78 years ago, has steadily and successfully transcended his status as a comic book character, and now enjoys a central position among America's most treasured pop icons. His is the most enduring comic book story in American history, and the "S" logo is one of the most recognizable symbols in the entire world. While previous incarnations of Superman in television and movie projects have pushed the envelope of the "White Savior" trope, it wasn't until the Man of Steel, precursor to Batman v Superman that the last barrier was finally breached, where the messaging shifted from implied to literal, and was paired with supporting subliminal imagery. 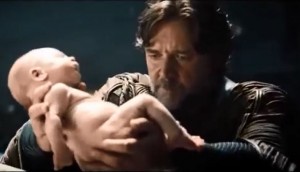 Starting back at the beginning of Man of Steel, where Jor-El and his wife Lara-El, send their only son,Kal-El to planet earth, to avoid the certain distruction of Krypton (which was evidently made up of a humanoid, and homogeneously white race of people). Kal-El, was to carry not only their parental hopes and dreams for him, but also the cumulative Kryptonian genetic coding as well as the burden of ensuring the future of their people. Lara, his mother, fears for her baby. "He'll be and outcast, a freak. They'll kill him." she says. To which Jor-El replies "How? He'll be a God to them." -And with that first assertion, the messianic messaging and reinforcements begin.

In his teenage years, after an episode of saving his fellow students from drowning in a school bus, and being admonished by Jonathan Kent, his earth father tells him "You were sent here for a reason."During the scene wherehe first learns how to fly, the words of his father in a monologue offer "You will give the people of earth an "ideal" to strive towards. They will race behind you, they will stumble, they will fall, but in time they will join you in the sun. in time, you will help them accomplish wonders." 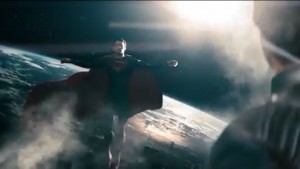 As an adult after assuming his persona as Superman, and encountering the spirit of his father on General Zod's spacecraft, Jor-El encourages his son, telling him, "You can save her Kal"(referring to Lois Lane), "You can save all of them." Subsequently, and for no apparent reason(as if), Superman floats backwards away from the spacecraft in a Christ-like pose, before turning and flying down towards earth to save his love interest from certain death, as well as the rest of us heathens...um, I mean humans.

There were a number of times throughout Man of Steel, where the Christ-pose presented itself front and center to the viewer, and this continued into Batman v Superman: Dawn of Jesus...oops, I mean Dawn of Justice. 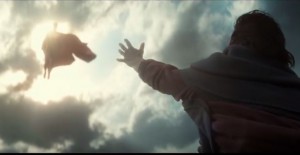 Of course Batman v Superman ups the ante, adding in steady and continual references to Superman as a God, his being subject of public scrutiny, and persecution by the government, all the while he [turns the other cheek and] continues to perform miracles, and save(rescue) the weak and under-represented.

At a certain point he begins to lose faith in his purpose and all that attempting to do for the people of earth. People, threatened by what he represents, which in this movie includes Batman, try to destroy him figuratively and then literally, but in the end, he is still ready and willing to give his life to save the people of earth. 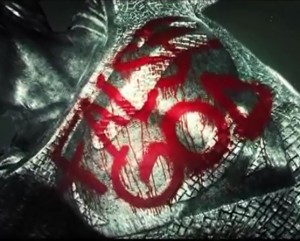 The icing on the proverbial cake, is the final scene in Batman v Superman, which ended with a shot of Superman's coffin in an open grave. Bruce Wayne(Batman), speaking to Diana Prince(Wonder Woman), says "I failed him in life, but I will not fail him in death." Implying that he will continue on, in the ways of Superman. Sounds kind of like a disciple, no? Moments later, we see the soil atop the coffin begin to float.

Of course, as we know, Batman v Superman: Dawn of Justice, lays the foundation for the Justice League movies(which features Superman, duh) and the related standalone projects scheduled for regular release over the coming years. 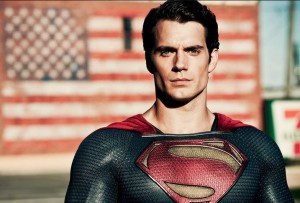 So the question remains, why have Superman die in this film? It really wasn't necessary given the circumstances. It could have easily and justifiably been ended without his death. So what is the purpose? Why the need for a death and resurrection of the Great American White Savior?