There is a popular and humorous definition of insanity, as doing the same thing over and over, and expecting a different result. Taking that as a basis, there should be another classification for those who do the same thing over and over, consciously realizing that they will not get the result that they want, yet continuing to react with surprise when the inevitable happens.

In a previous post we broke down the demographics of the Academy of Motion Picture Arts & Sciences, the professional honorary organization, made up of just over six thousand members, that votes and determines who gets the nod, and who gets the snub. In case you've forgotten, it's a membership that is 94% White, 76% male, with an average member age of 63 years old. So are you really surprised, when few if any Blacks are nominated? Are you really surprised at the rarity at which Blacks, Latinos, Asians, or Native People win a "coveted" Oscar award?

Currently, Black folks(particularly here in America) are practically breaking the internet, expressing outrage at the fact that the film work of Blacks over the past year has been virtually ignored. And though I understand the reaction, I still have to ask "my people, why are you mad?".

One of my favorite quotes, and a mantra that I live by is: "Do not ask for that which you do not have the ability to take". So unless and until the Black community as a whole is willing and able to take significant measures, and by significant I mean ones that The Academy will feel and respect, then realistically, why would the "old boys" club change anything?

The present operating script(so to speak), is that the Hollywood power structure does what they do, and Black folks get butt hurt as a result. But, give it a few months and something else will come along to take the spotlight and distract us, and then it goes right back to business as usual. This perpetual short term memory is an psychological issue that dates back to the psychoses resulting from generations of slavery and white supremacy programming. -Yeah, I said it.

Why not celebrate and elevate ourselves? Why is it that recognition from our own community is not sufficient? Why does the "outrage" at the all-to-familiar dismissal by the Academy, reek of the desperate need for validation by whites? 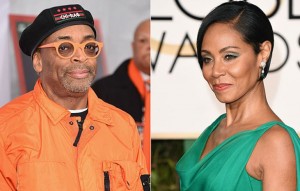 Spike Lee and Jada Pinkett-Smith, recently announced that they plan to boycott the Oscars, in protest of the snubbing. **crickets**  Spike Lee is already on the outs of Hollywood, and I don't believe that Jada is currently or has ever been on the Hollywood A-list(she might be B-list if you average her status will her husband), but even putting that aside, even a handful of actors issuing PR polished statements and tweets isn't enough to get the "old boys" to hand over the keys. -Especially when on the other side you have the coon squad, folks like Anthony Mackey, Isaiah Washington, Common, tap dancing fo' massa, excusing the historical disregard, and supporting the status quo - in hopes of gaining favor, be it future or imagined. 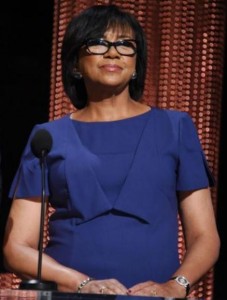 Of course, Cheryl Boone Isaacs, Black woman and current president of "The Academy", has promised change in the face of this social media swirl(can't exactly call it a storm, because there isn't much damage being caused) behind the snubbing, but what else is she going to say? For those of you keeping score, she also promised the same exact thing last year.

There are filmmaking communities all over the globe, rich with talented actors, producers, writers, directors, cinematographers, animators, with access to resources, supportive fan bases...producing all types and levels of film, just like Hollywood. 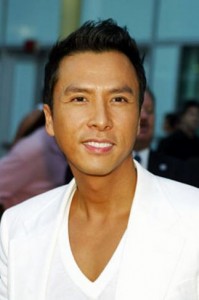 In a recent interview, Donnie Yen, a Chinese box office superstar with a global following, indicated that he prefers making movies in China versus Hollywood, because of the limitations and restrictions imposed by producers. That preference has not affected his popularity in the slightest, or the availability of his films. With internet access and the ever-changing distribution model of film offerings, whatever you want to see, from whomever you want to see, is widely available to those who desire it.

Distribution systems are not the only changes in the winds of late... 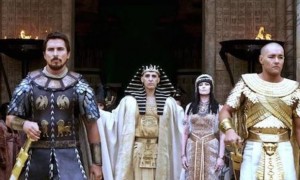 There are also instances of communities that are setting boundaries for the Hollywood nonsense. While I personally don't know of any Black folks that went to see the film Exodus: Gods and Kings, it was Egypt and Morocco, that took it to the next level, banning the film, because of quote "a zionist view of history and historical inaccuracies".

Ya think? Now, I know the banning caused a blip on the Hollywood radar, especially since Alex Proyas, who apparently didn't get the memo, went full white speed ahead, and made the soon to be released Gods of Egypt, casting White Males in the leads as the Gods(and Whites as most of the cast, period). I had to laugh, because his "public apology" for the "lack of diversity" in the film was too coincidentally tied to the backlash resulting from the release of the trailers for the film. Movies are often cast years before filming starts, so either he thinks everyone is as silly as his apology, or he truly did not notice that the casting was whitewashed. Both are insulting, and neither will prevent his movie from being backslapped into the box office bombs category. Personally, I'm hoping to see this one listed in the Top 10 of the inevitable "box office flops of 2016" articles.

It's a simple solution: Be conscious of the films that you spend your money on, support Black filmmakers, support Black award shows. We have to focus on, recognize, and value ourselves....because Hollywood is going to do what they have always done, until they get the message, or the "old boys" all die off. -Though, even if the old boys die off....the "club" will still be open for business, and unless the qualifications for membership are amended, it will still likely be 94% white.

Make a change, or continue to whine. Choose wisely.